The AIR technology is a milestone in our more than 40-year company history and is causing a worldwide sensation in the hi-fi industry. The approach sounds relatively banal: Physical losses must be minimized in order to transmit the original music signal as unchanged and neutral as possible. And AIR technology comes closer than ever to lossless transmission. It leads to significantly better sound reproduction, which is not only subjectively audible, but also objectively measurable. The insulation or dielectric of the AIR cables is almost perfect thanks to the air insulation and hardly influences the sound any more. The construction, dimensions and arrangement of the conductors are optimized and fully exploit what is physically feasible. In order to set another sonic highlight on this basis of audiophile perfection, the developers at in-akustik have now focused on the conductor material of the cables. Copper of the appropriate purity is a very good conductor. A superconductor that does not resist the current would be perfect. However, the superconducting properties of the material require low temperatures of at least minus seventy degrees. Silver is currently the most conductive material under real conditions. At 61.35 S/m (Siemens per meter), its conductivity is about six percent better than that of copper. However, the precious metal is about 100 times more expensive.

Why not just increase the copper cross section?

heoretically, the copper cross-section could simply be increased. However, this would require considerable compromises in cable construction, which would ultimately have a negative effect on the sound. That is why we have decided to deliberately disregard the costs and instead consistently expand the limits of what is feasible once again. The result is a combination of the legendary AIR Helix construction and the associated air insulation (the best possible dielectric in addition to the vacuum) with the best conductor material in the form of pure silver - instead of, for example, alloyed or merely silver-plated wires. The high quality sound of the outstanding AIR-Silver cables now sets new standards in the high-end sector. 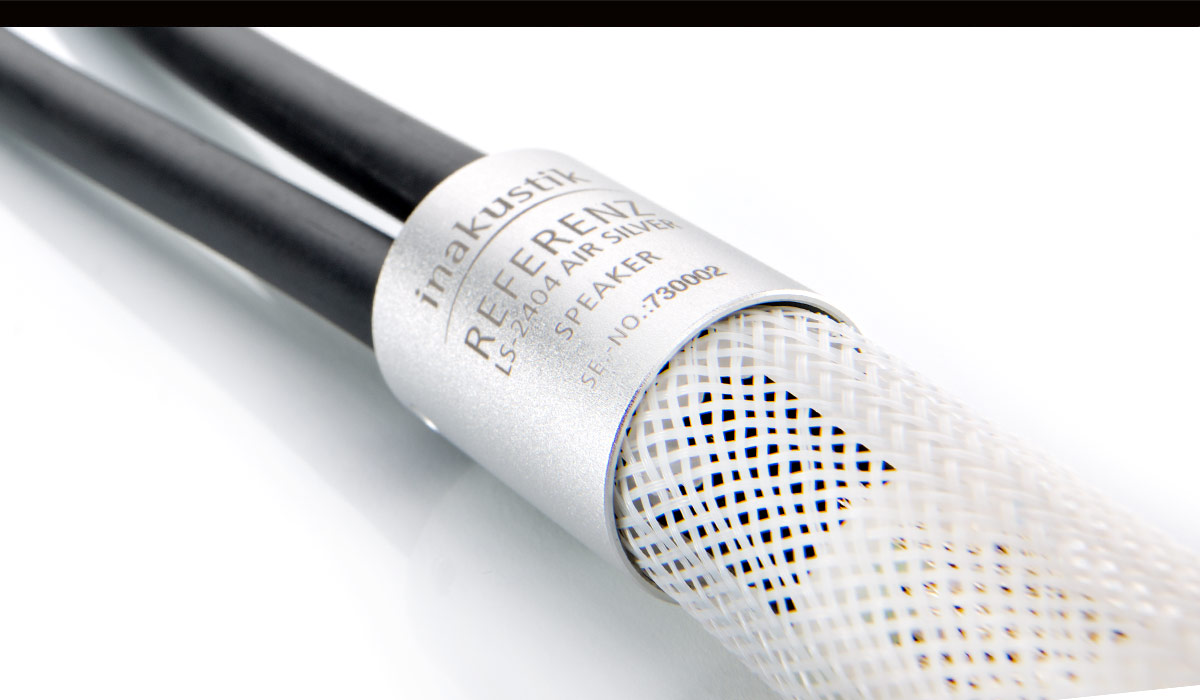 The AIR Helix construction is absolutely unique. In order to come as close as possible to perfect air insulation, in-akustik has developed special clips. Inside the cable, a large number of these clips form the supporting framework, which keeps the signal conductors helically free in the air and guides them through the cable at a defined distance. 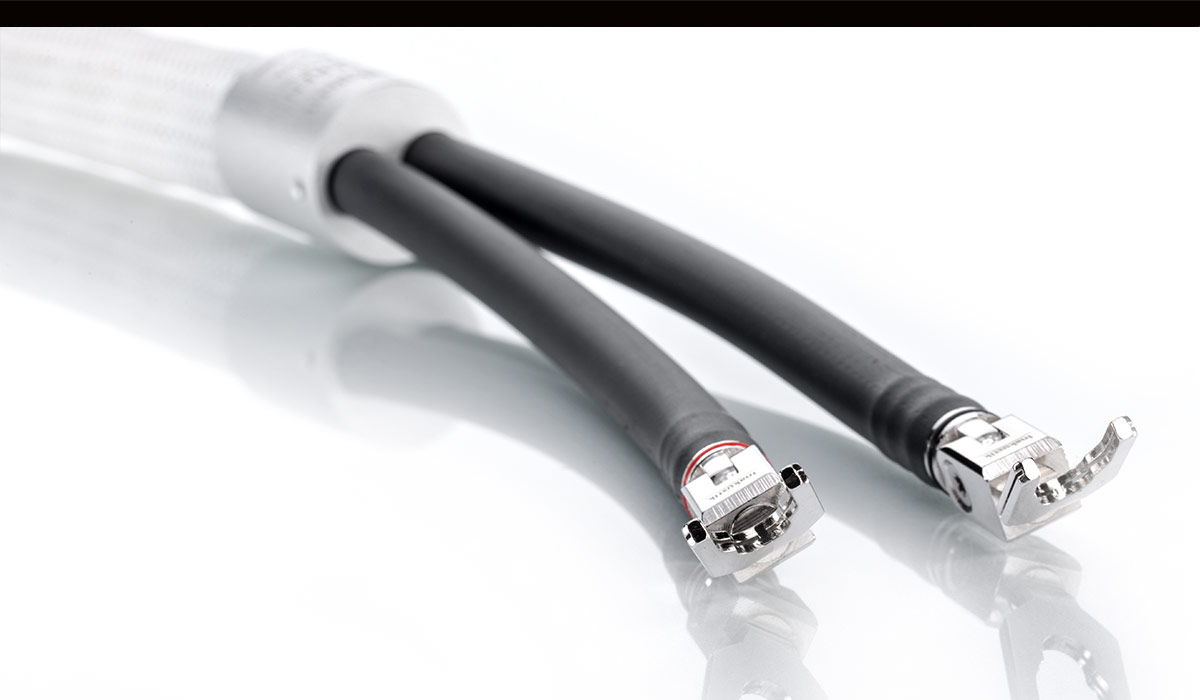 Of course, the conductors themselves also play an important role. They consist of 24 high-purity silver wires braided onto a PE core. A wafer-thin varnish layer on the wires prevents eddy currents within this „Cross Link Super Speed“ waveguide. By far the largest currents in the entire audio chain flow through the loudspeaker cable. Some of the correspondingly strong magnetic fields are compensated in the conductors themselves by the bifilar arrangement of the wires. The wafer-thin lacquer layer additionally protects the wires from oxidation. 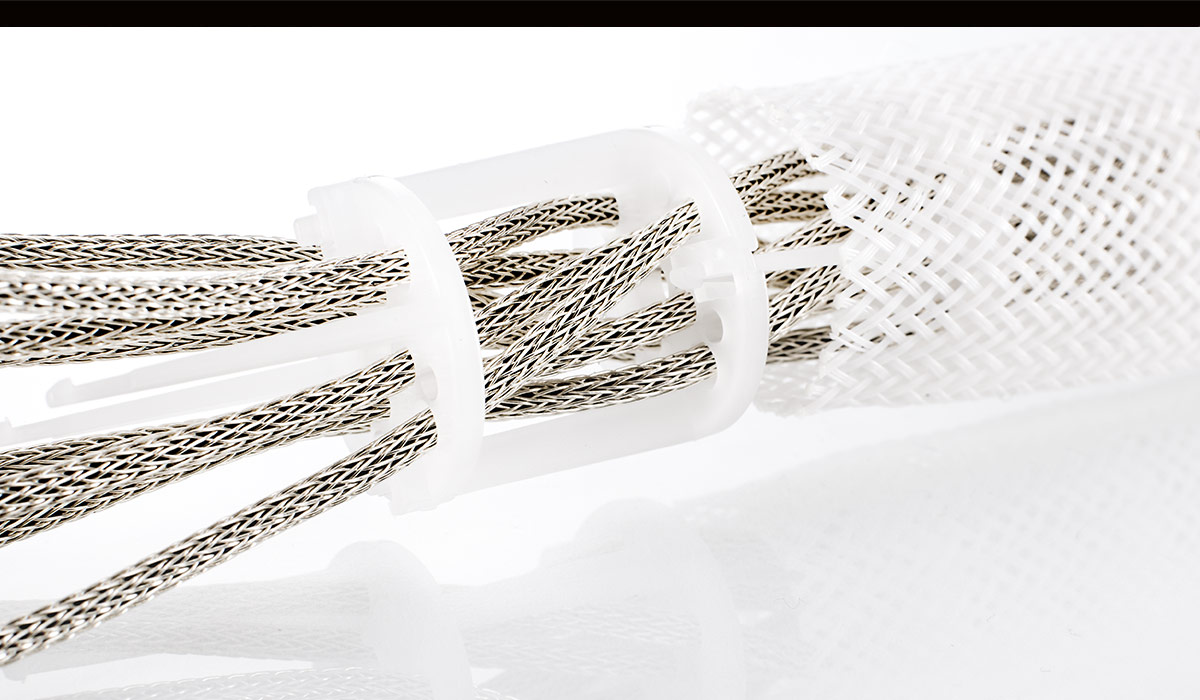 The LS-2404 AIR Pure Silver is the optimal solution for the realization that loudspeaker cables should primarily have a low inductance: Due to the two-layer arrangement of the double layer multicore, the magnetic fields around the individual conductors overlap and neutralize each other. This considerably reduces the inductance of the cable and also the high audio frequencies are transported unhindered and without time delay. 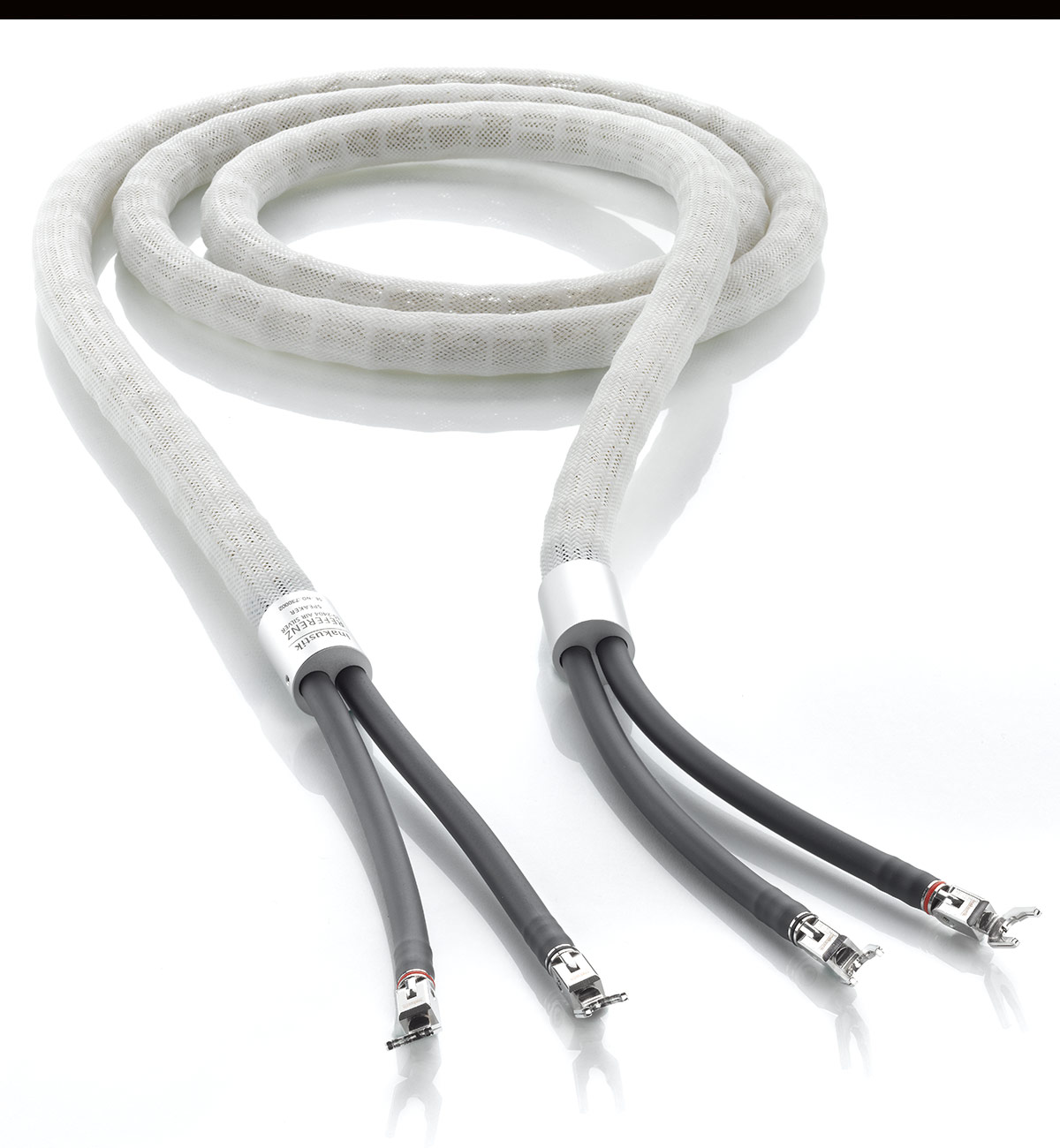 Just like all speaker and audio cables from our Reference series, the LS-1204 Air Pure silver are entirely manufactured in Germany. The clips are meticulously assembled by hand at on-site factory in Germany. The resulting Air Helix design then receives a PE network jacket before the finish cable is subjected to a thorough and final inspection. We have opted for Tellurium copper as the conductor base material rather than brass. This is because Tellurium copper offers almost twice the conductivity. Than using custom made machine strips, a complex technique with lacquer coating on the highly pure copper wires of the Cross Link Super Speed waveguide is formed. Afterward the bare wires are crimped with a 1.5-t pressure directly on the connector. This technique prevents the occurrence of contact resistance that often occurs with the use of additional materials such as solder, wire and sleeves. The connector surfaces are rhodium coated because this is an extremely robust material that insures optimum contact.
Interchangeable Banana/Spade Connectors